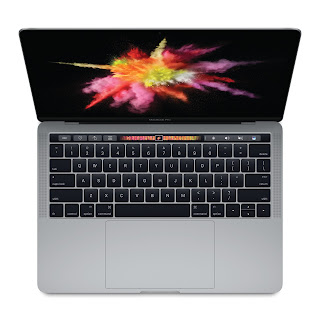 Apple really did think different about its new laptops.
The sheer number of big-picture changes to the iconic laptop line made my head spin during an exclusive hands-on preview of Apple's new MacBook Pro laptops at the company's Cupertino, California headquarters earlier this week. While Apple kept the MacBook Pro name it's used since 2006, nearly everything about the new generation of the high end notebook has changed.

The long-rumored "Magic Toolbar," an OLED-display strip for context-sensitive touch commands, is real. Apple calls it the Touch Bar, and it's worth all the hubbub. Just 60 pixels high (and 2,170 pixels wide), the Touch Bar could be a tool with the potential to be the Swiss Army knife of laptop input, changing itself on the fly to work across different apps, imitating a series of touch buttons, control sliders and even jog dials. This is Apple's answer to the touchscreens found on most Windows laptops.

"It provides all your system functions that you're used to up there," said Schiller, pointing to the Touch Bar. "But in a much more attractive, better, adaptable way." So, for example, you can adjust the brightness or the volume just by touching the bar. "It provides all your system functions," he said. "That alone replaces everything that the function keys were ever being used for anymore, but it does so much more." 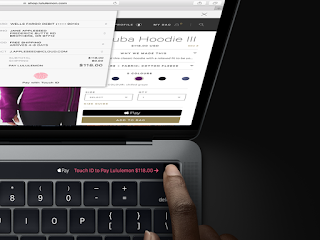 He's right. I did see it do much more than the old function key row ever did, instantly transforming itself to fit to the task at hand. But before we can talk about that, we need to talk about all the other changes to the MacBook Pro. And that includes the cost.

Flip open the aluminum lids of these new laptops and almost everything -- including the keyboard and touchpad -- looks reinvented, too. On the outside, the physical design is just different enough to mark it as a new generation, without radically rewriting the DNA of the MacBook Pro.

These new laptops are thinner and lighter. That's no surprise, although they don't come close to competing with the slimmest high-end Windows laptops. The 13-inch model is 14.9 mm thick and weighs 3 pounds (about 1.36 kg), while the 15-inch model is 15.5 mm thick and 4 pounds (1.81 kg). That's compared to 18 mm for the previous 13- and 15-inch Pros, which were each about a half-pound (0.23 kg) heavier than their replacements.

The RAM is now a faster 2,133MHz version, while the built-in solid state storage can transfer data faster, at up to 3.1 gigabytes per second. According to Apple, the displays, while retaining the same Retina resolution, are both brighter and have a wider color range, and consume 30 percent less power. These are specs many users likely won't notice in everyday use, although faster storage is key for transferring large files (like videos) and a brighter screen is always welcome. Left off from my personal wish list is a full OLED display, a feature just starting to turn up in a handful of high-end Windows laptops.